Gearing up for summer!

Hi Twangers! Summertime is here and is in full swing with record hot temperatures. This is a time to cool off, take vacations and have some summer fun. Remember to always pack your Twang!  We always suggest to also pack a couple extra to pass along! Be sure to bookmark this page and become a follower on our blog to receive all the details on our summertime contests we have been brewing up! We will want want to see what you have been up to, how you enjoy your twang and where your Twang has been!
Cheers!
Posted by Twang Man at 7:59 AM No comments:

If you have ever tried to spice up the taste of your beer with a few dashes of flavored salt, chances are you were adding a touch of Twang do your drink. Twang flavored beer salts have been a staple of beer-connoisseurs and bartenders habits across the Southwest United States for more than two decades. In fact, 2011 marks Twang's, San Antonio based, family-owned company’s 25th year anniversary. 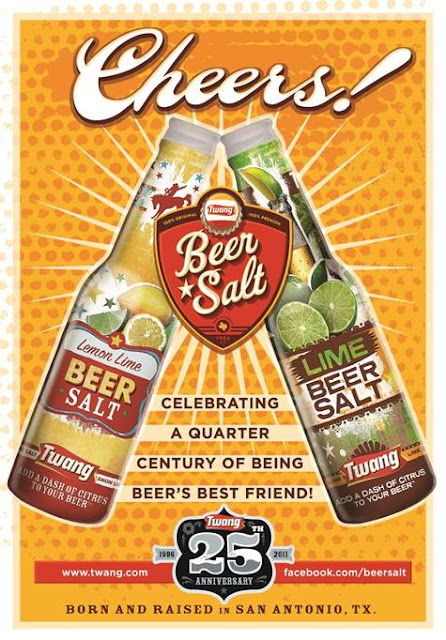 Above is the 1st of a 4 part run of Twang Beer Salt branding advertisements that we will be running in the San Antonio Current. Coincidentally, it is also San Antonio Current's 25th Anniversary as well this year, so informing of our anniversary sees fit! This is a widely popular go-to magazine in San Antonio for scoop on what's happening in our city — from politics to parties, restaurants to rock shows, and fashion to film ... Everything you need to keep current.


Twang Partners are extremely proud of our business created from scratch and the driving force behind everything we do to keep the brand strong across the Southwest and beyond. We not only think of our employees as family but our customers as well. That’s how we have been able to connect so well.


Thank you Twang fans for all your support, please post your thoughts below! 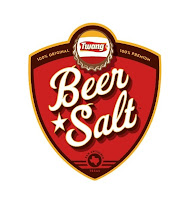 Twang was excited to be part of our first large music fest this past weekend (June 4th & 5th 2011).  Free Press Summer Fest, Houston Tx., this year attendee's were able to get their Twang at our booth, directly in the middle of the festival, and at all beer booths as well.  This was great for Twang due to an anticipated 70 to 100 thousand people attending.

Free Press Summer Fest is held at Houston’s Eleanor Tinsley Park, located within the beautiful rolling hills of the greater Buffalo Bayou Park. Situated on the very outskirts of downtown, Tinsley Park marries the very best of city and natural settings with its natural grass amphitheater set on the bayou overlooking Houston’s impressive skyline.  .
There has been some amazing artists play the last two years, but this year's festival lineup takes the cake. Featuring a handful of notable acts such as the Grammy-nominated Weezer, Yeasayer, Cut Copy, Ween, Sharon Jones and The Dap Kings, The Black Dahlia Murder and, of course, boat loads more.
Festival attendees, journalists, and the organizers all agree that last year's event was a raging success. The Houston Press thought so because they gave the little festival the Best Music Festival of 2010 award.
Twang Beer Salt Booth! 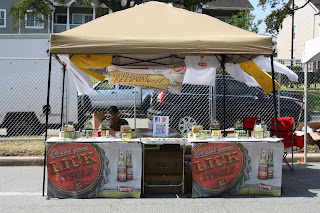 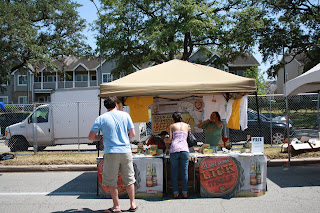 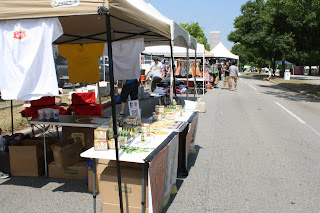 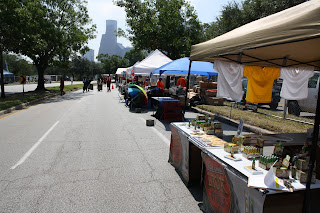 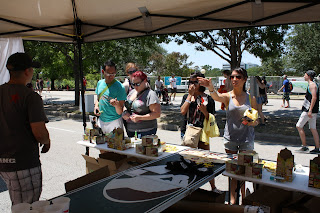 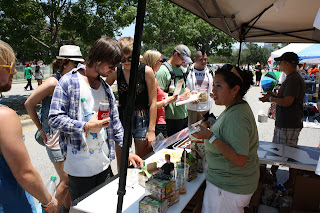 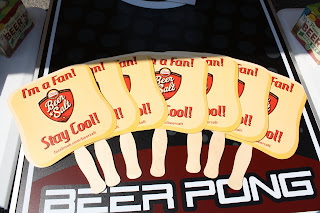 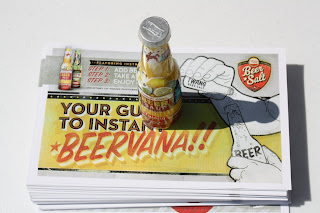 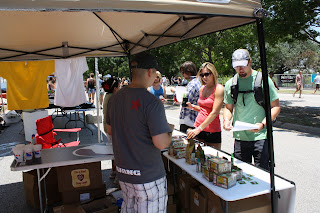 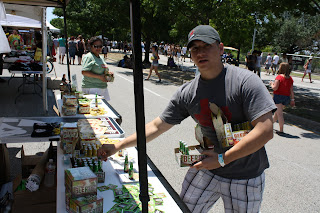 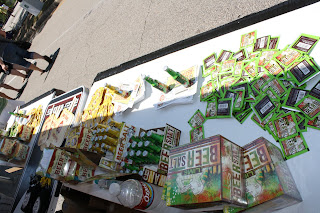 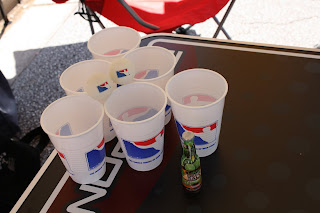 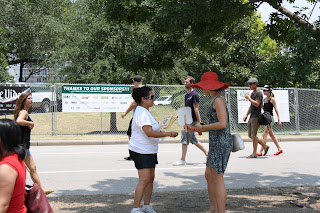 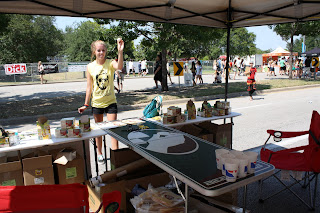 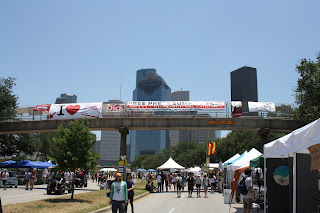 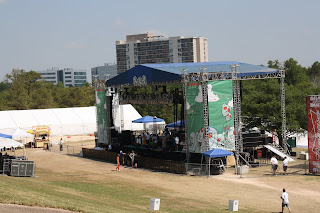 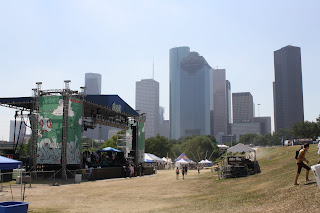 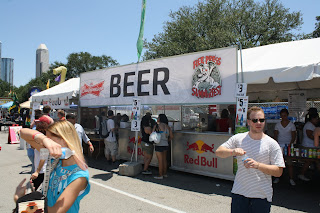 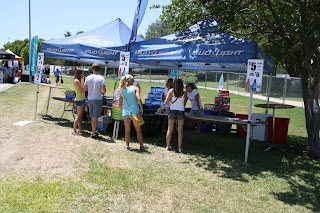 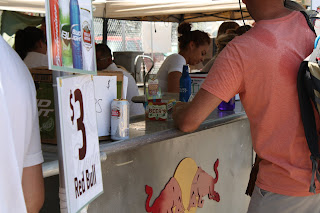 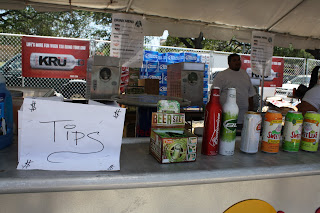 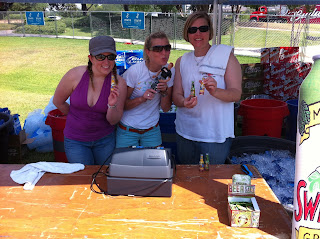 Lick the Salt, Drink the Beer! 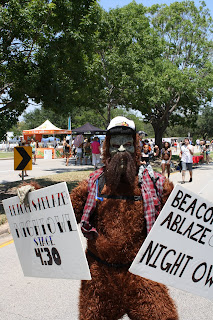 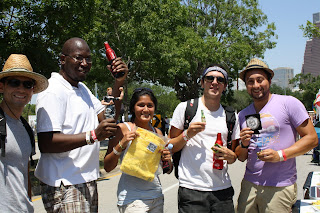 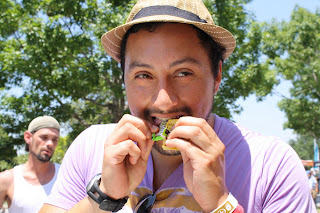 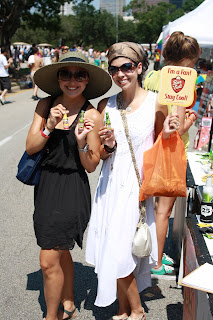 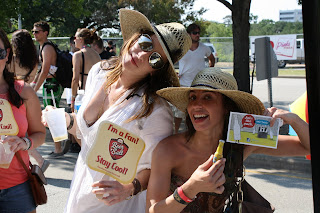 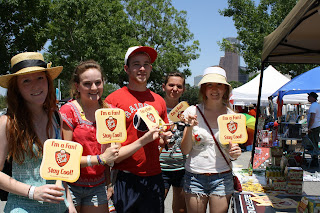 More pictures on facebook.com/beersalt!
See you next year!
Posted by Twang Man at 12:53 PM No comments: